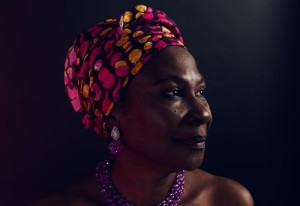 When looking to break the language barrier in Africa, it’s best to start with French translations.

With over 20 countries citing French as an official language and many more where it is widely spoken and understood, it’s safe to say French one of the most prevalent languages in Africa. Whilst there are great similarities between European French and African French due to the colonisation that took place across Africa by the French, it’s always safest to work with a linguist that is based in the specific region you’re communicating with and translating only into their mother-tongue.

This is especially important when it comes to translating scripts for voice-over purposes, as one needs a current relevant insight into the current ‘voice’ of the language within the region. They actively need to reside there, as tone and terminology within the translations can change fairly drastically when based outside of a region over a few years. That’s why it’s best to work with linguists that are currently living in the region of their specific language specialisation. Once again, only translating into their mother-tongue.

The Francophonic countries listing French as an official language are:

French is also widely used in Algeria, Morocco, Mauritania and Tunisia. The countries with the most French speakers are the DRC, Madagascar, Cameroon, Ivory Coast, Burkina Faso and Niger.

When advertising or marketing to any of these locales, let your translation agency or translator know of the region where your marketing or advertising will be taking place.

Those minor differences in tone and terminology usage will offer greater believability and penetration to the message you’re trying to communicate. This results in greater market penetration within those Francophonic countries.

For more information, get in touch with Web-lingo for 89 languages, a fast turnaround, a same-day quote and a personal service that is second to none.